Pap Art was a very interesting project, the existing site was very old and static. What they wanted was to update the site but also turn it into a full e-commerce site where the photographs and pictures could be sold. The other concern was piracy of the copyrighted pictures which meant we need to protect the pictures while also making them easy to see.

As the site was all about the pictures it seemed right to strip back the design to focus on the pictures. The client had very clear idea’s on what kind of site he wanted and how it should look. Taking inspiration from his career as a paparazzi and gallery owner we put a few newspaper touches in as a subtle reminder to the customer. 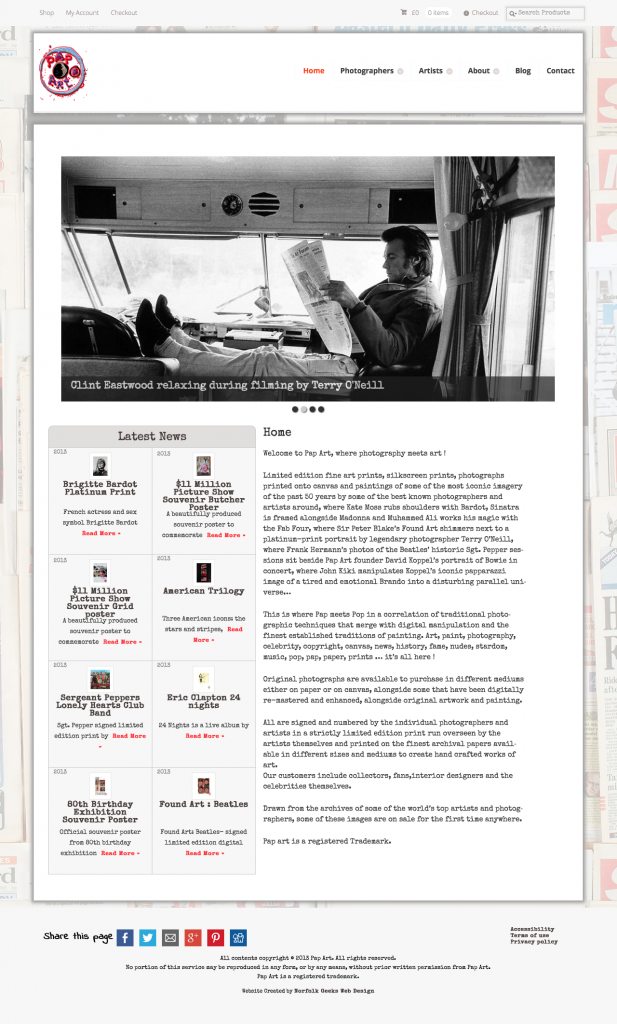